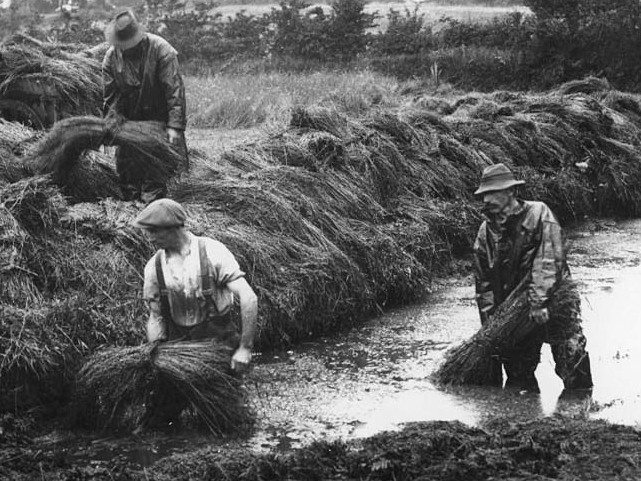 John McCabe and Bridget Farley emigrated to Australia in the early 1880′s. The family lived in Sydney until the Western Australian gold rush of the 1890′s. When Bridget moved with some of her children to Boulder City near Kalgoorlie, her husband John decided to return to Ireland. This part of the family history covers the lifetimes of John and Bridget.

Maghernaharny is one of the 62 townlands in the civil parish of Ioma Fhastraí (Ematris), barony of Dartraí (Dartree), county of Muineachán (Monaghan). Rockcorry is the local hub for Maghernaharny and other nearby is hometowns. It is on the road which links Cootehill to Monaghan town. The village was built as a linen town; the ruin of the old linen mill can still be found outside the village.

It consists of one wide street, of which many of the houses are of respectable appearance, and it has a neat market-house. The market is on Wednesday, and there is a fair on the last Wednesday in each month. Here is a station of the constabulary police, and petty sessions are held on alternate Wednesdays.Samuel Lewis, A Topographical Dictionary of Ireland (1837) 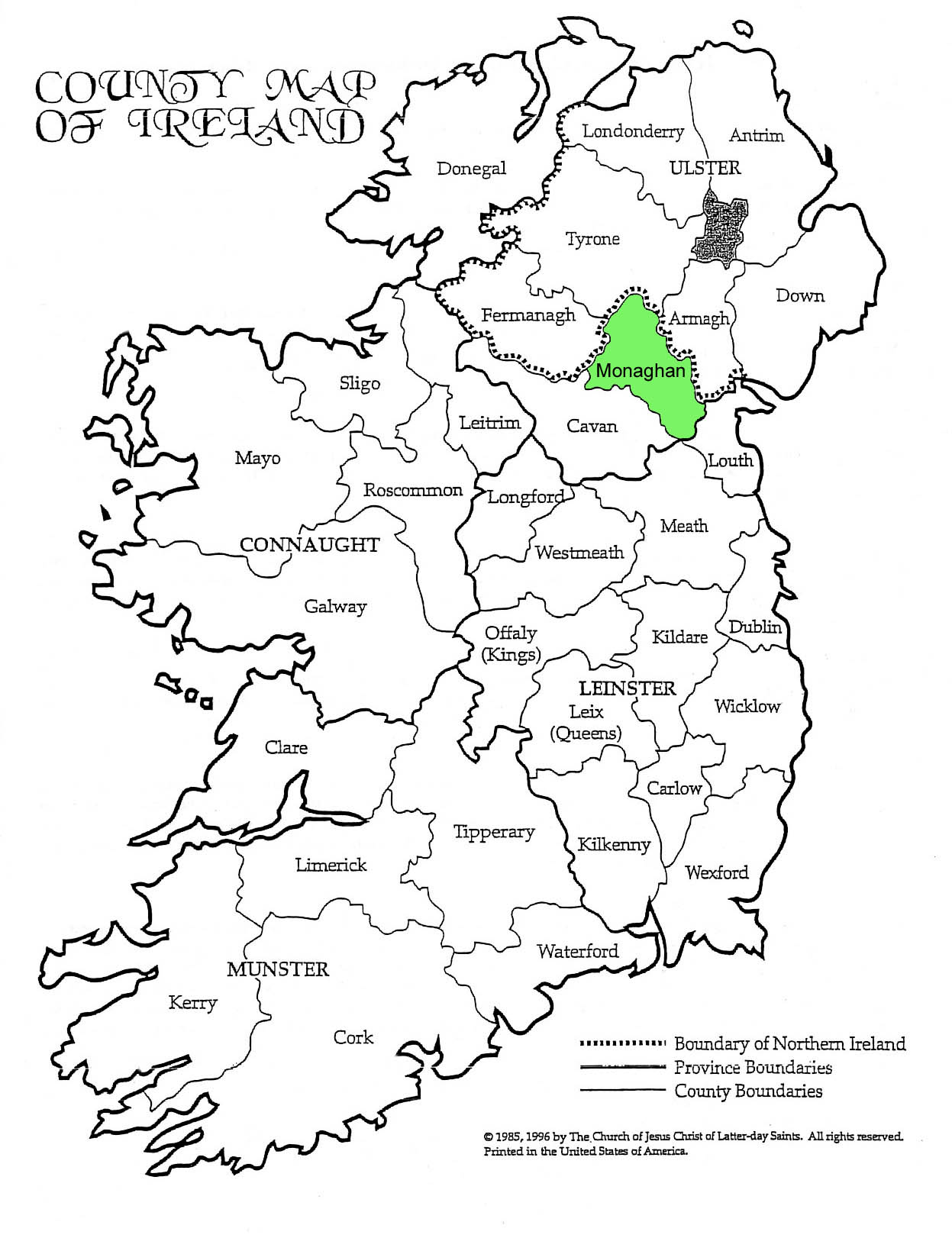 John McCabe’s father, Frank,  and grandfather, Patrick, before him had leased a farm in Maghernaharney from the Dawson family for years and although we would call them ‘dirt poor’ they managed to survive the famines and eke out a living, probably growing and processing flax as a cash crop and then some subsistence farming.

The Dawson family looked after their tenants – even the Catholics – considerably better than other English landlords in Ireland. Rockcorry was a busy market town with good facilities.

Bridget Farley was from neighbouring County Cavan. She married John McCabe on November 28, 1862. Bridget was 22 years old and John was 26. They had seven children in 21 years. James, Mary,Catherine, Rose, Patrick, Sarah and John were all born in Ireland; Maggie was born in Australia.

While life was tough, the children were literate and numerate, and spoke English as a first language (John and Bridget probably also spoke Gaelic) so they had reasonable basic education during their early years.

But in 1876 their life was turned around. Following the death of Thomas Dawson, their landlord, the McCabe farm and many other properties in the area were auctioned off. The McCabes had no money to buy their property and were left without income or means of making a living.

Ireland in the 1870’s and 80’s was not a pleasant place for destitute Catholics. Emigration was a huge industry . Bridget was a strong and determined woman and she set out to make sure that her children had a future. 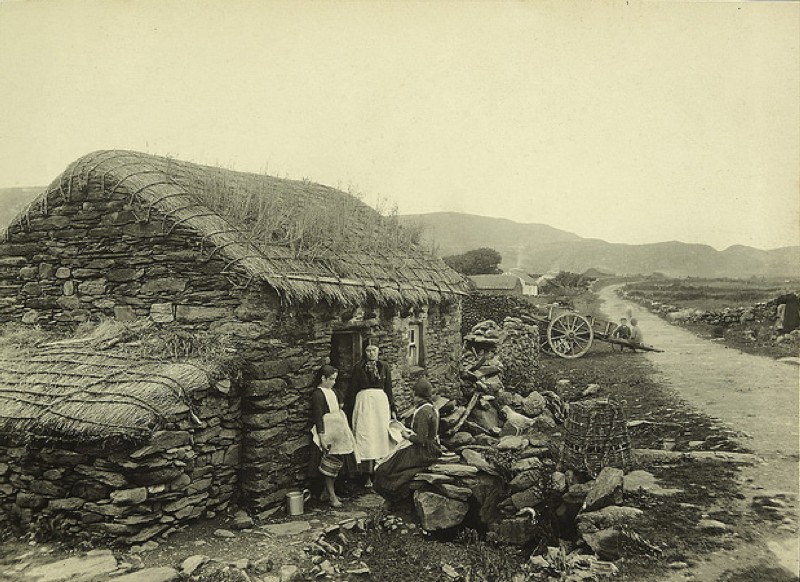 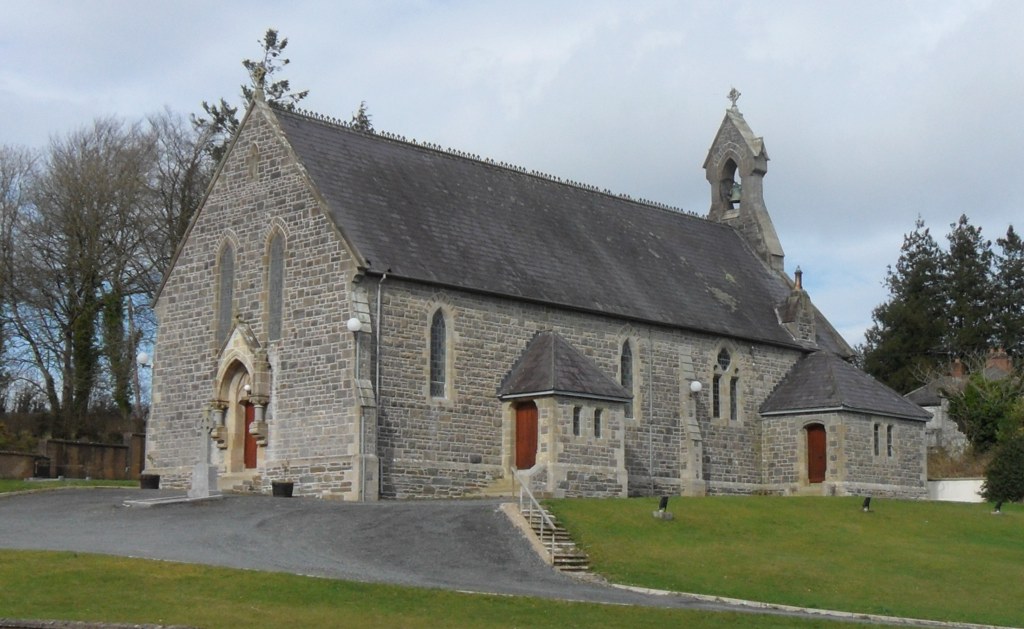 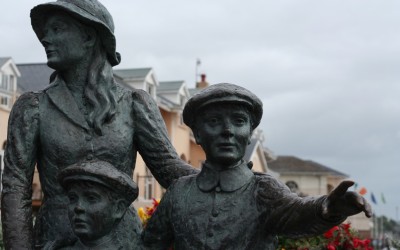 An Irish Life 15 years on the land

A family life in rural Ireland 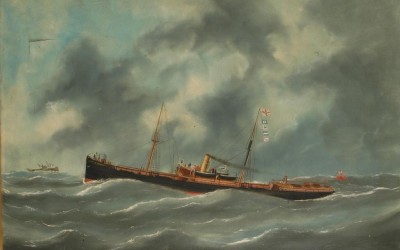 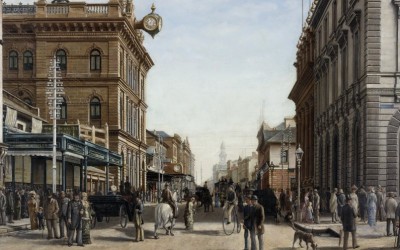 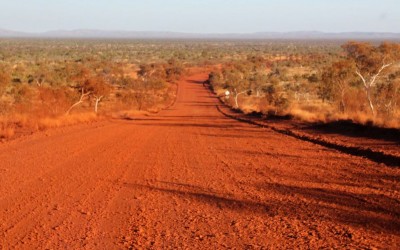 Go West and Find Your Fortune John McCabe returns to Ireland and Bridget starts a new life in Boulder.

The final separation as John McCabe returns to Ireland and Bridget with most of the children start a new life in the Western Australian goldfields. 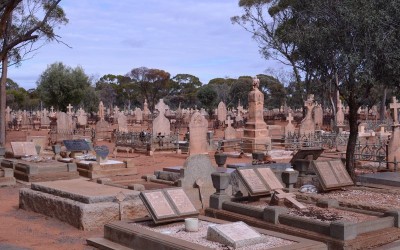 Children, Grandchildren and the Final Farewell The Boulder Years until Bridget's death in 1908